In Frontier We Trust

This issue of the "Journal of Frontier Studies" has been devoted to the complex and very extensive problem of religious systems in the frontier territories. As historical facts testify, the frontier and religious ideas are much interconnected. These two phenomena often give rise to each other. New landscapes (natural and cultural) give rise to new religions, but they themselves are the result of the promotion of new religious systems in new geographical spaces. We have conditionally divided our issue into three parts: a lengthy editorial explaining why we have named our issue "In Frontier We Trust", and analyzing some of the main points connecting the frontier and religion. This analysis is based on American and Russian history. In the second and third parts we speak separately about religious frontiers in Russia and abroad

Our cover of our issue was designed with the painting "Peaceable Kingdom" by the famous Quaker minister and painter Edward Hicks Edward Hicks (1780-1849). This version of the painting is located at the Metropolitan Museum of Art in New York City and has the status of "OA", that is, open access for use without requiring formal permission. Nevertheless, we express our gratitude to the Metropolitan Museum of Art for giving us the opportunity to use this work. 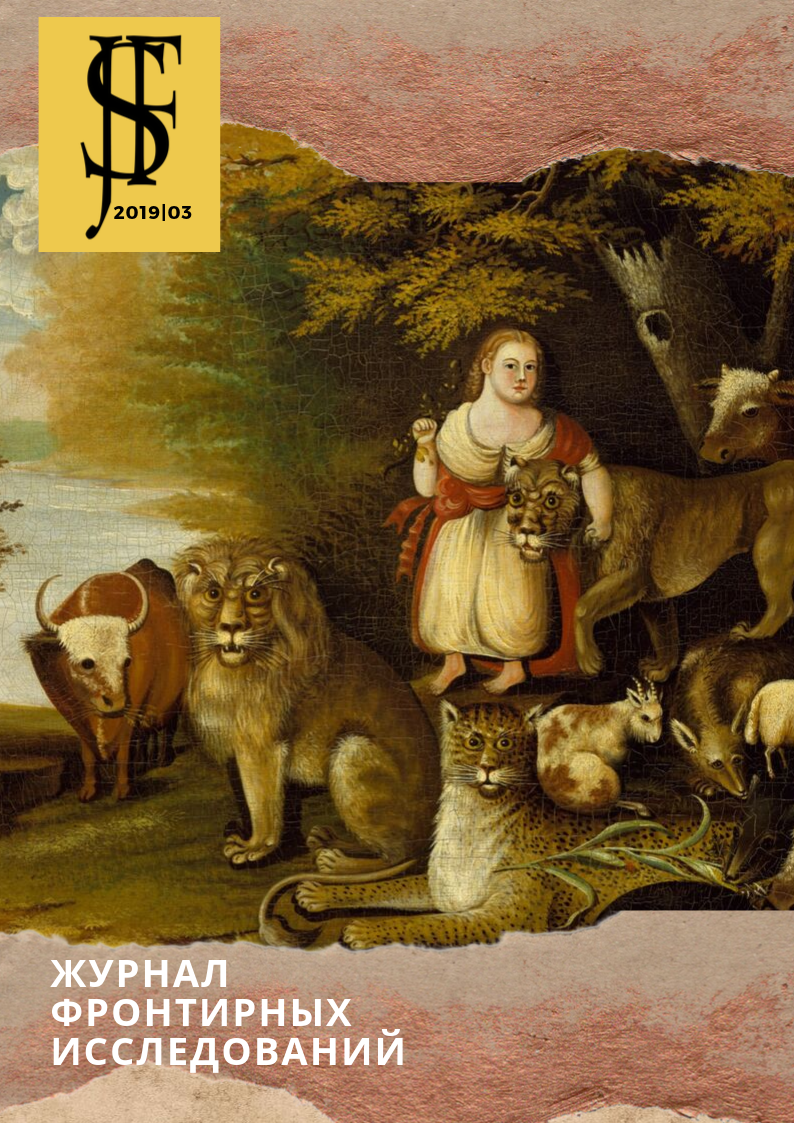