The Old Russian North as a Space of Life Chances: History and Contemporary Period 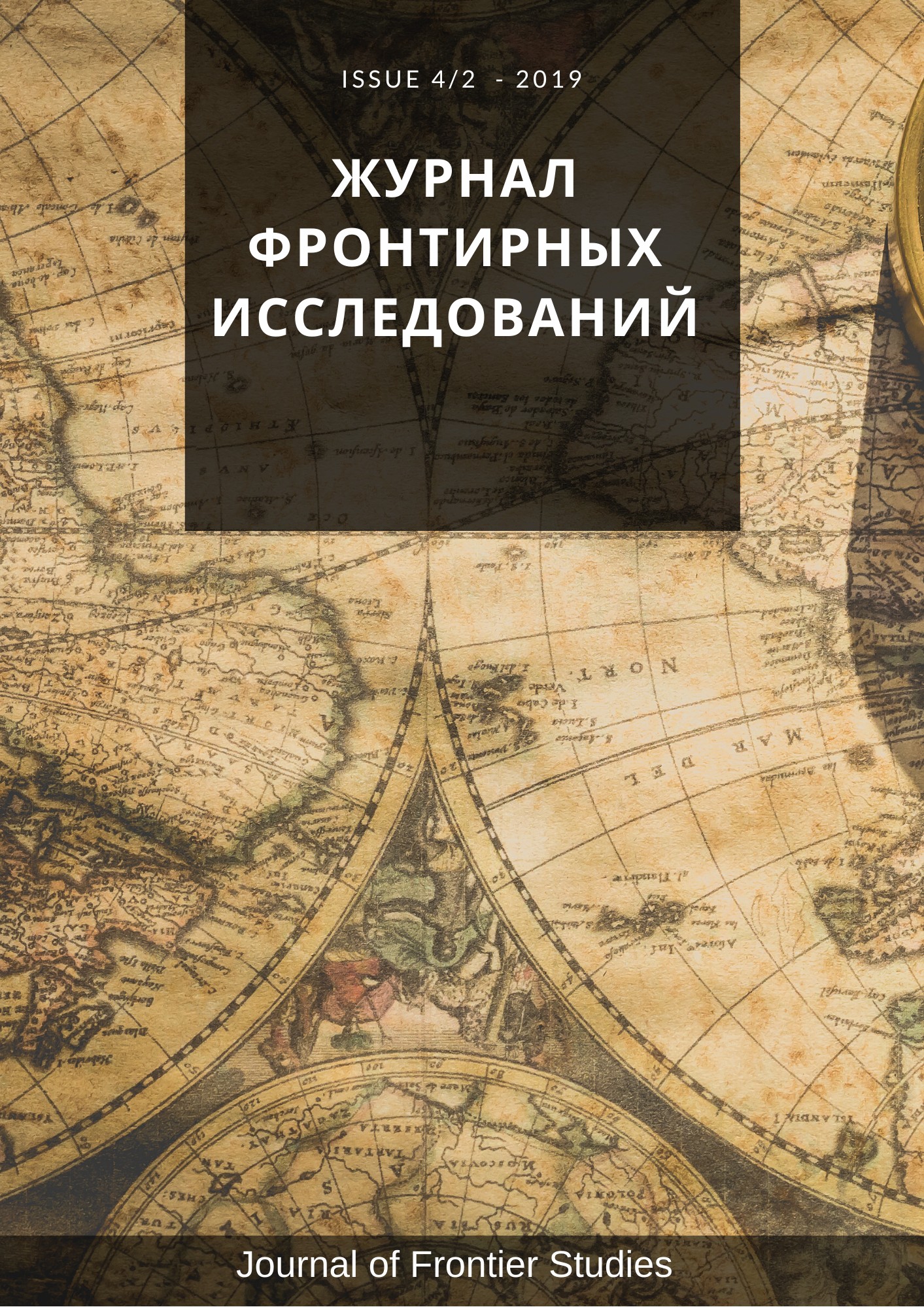 The old Russian North is a concept with a vague and ambiguous meaning. In this paper, it is understood as the Northern regions of Russia, which for centuries were part of this state and its predecessors. Why is the centuries-old territory of the region now facing intensive processes of social desertification? The answer to this question is given in terms of existential sociology, focusing on individuals making decisions and the burden of responsibility for them.

The relations between the center and the periphery (Frontier) have always been the determining factors in the development of this region (especially its rural areas). For centuries in the history of Russian civilization there was a trend towards expansion: the conquest and development of new territories through their settlement. At the end of the XX century there has been an opposite trend to the grip. The population is gradually leaving the Northern and Eastern territories, rushing to the Central and southern regions of the country. The article considers the logic of this dynamics on the example of the old Russian North.

In the post-Soviet period, the region, retaining all its centuries-old negative factors (climate, distance from the center, poor communications), lost the factors of attraction and coercion. The ejection factors have ceased to be compensated by the retention factors. Radical changes in the communications system have added on an imbalance of push and hold factors. The natural consequence of this was the rapidly developing processes of social desertification of the old Russian North.

Kalutskov, V. N. (2009). The Russian North as a cultural and geographical region. Geocultural space of the European North: Genesis, structure, semantics, 27–37. (in Russian).

Korotaev, V. I. (2004). On the threshold of demographic catastrophe: forced colonization and demographic crisis in the Northern region in the 30s of the XX century. Arkhangelsk: University of Pomorje. (in Russian).

Korotaev, V. I. (2012). Problems of colonization and special colonization of the Russian North / Northern territory and the experience of their solution in the second half of the XIX — first third of the XX century. Bulletin of the Northern (Arctic) Federal University. Ser. Humanities and social Sciences. Retrieved from https://cyberleninka.ru/article/n/problemy-kolonizatsii-i-spetskolonizatsii-russkogo-severa-severnogo-kraya-i-opyt-ih-resheniya-vo-vtoroy-polovine-xix-pervoy-treti-xx-veka. (in Russian).

Kuznetsova, N. Yu. (2019). On the question of religious processes in the European North (old believers as a special factor of the frontier in the works of A. S. Prugavin). Journal of frontier studies, (3), 140–151. (in Russian).

Platonov, S. F. (1924). The past of the Russian North: Essays on the history of the colonization of Pomorje. Berlin. (in Russian).

Tarakanov, M. A. (2007). North as a legal category for the establishment of state guarantees and compensation. National interests: priorities and security, (8), 39–43. (in Russian).

Shabaev, Yu. P. (2012). Pomorje recipe from the degradation of the North / / Lev Gumilev Center. Retrieved from https://www.gumilev-center.ru/yurijj-shabaev-pomorskijj-recept-ot-degradacii-severa/ (in Russian).

Shabaev, Yu. P. (2015). The Russian North in the process of decolonization: social and cultural risks in the European North of Russia. Proceedings of the Komi scientific center of UB RAS. Historical and philological Sciences, 3 (23), 105–118. (in Russian).

THIS PUBLISHING AGREEMENT (“Agreement”) is entered into by and between the Limited Liability Company Scientific Industrial Enterprise “Genesis. Frontier. Science” (GFN) and the Author(s) specified above (“Author(s)”) as of the Contract Date specified above.

WHEREAS, GFN is in the business of publishing journals and wishes to procure a licence to publish the Author's Manuscript,

NOW, THEREFORE, in light of the premises and the mutual promises contained herein, the receipt and sufficiency of which are hereby acknowledged, the parties agree as follows:

The Author(s) hereby grant(s) to GFN a non-exclusive, irrevocable, royalty-free, worldwide licence to:

(see https://creativecommons.org/licenses/by/4.0/ for version 4.0 of this licence);

1.3 include the Manuscript and any supplemental material, in whole or in part, in a computerised database and to make this database available to third parties;

1.4 include the Manuscript and any supplemental material, in whole or in part, in a reader or compilation;

1.5 rent or lend the Manuscript and any supplemental material to third parties; and

2.1 Subject to the licence grant in 1 above, the Author(s) shall retain all copyright rights held by the Author in the Manuscript.

2.3 Notwithstanding the copyright ownership set out in this clause, the Parties agree that third parties shall attribute the Journal of Frontier Studies when reproducing or otherwise using the Manuscript.

3.1.1 The Manuscript is original and has not been published before in its current or a substantially similar form in another publication, i.e. the publication in the Journal of Frontier Studies shall be the first publication of the Manuscript. For the avoidance of doubt, articles pre-published on a recognised preprint server such as arXiv, theses and non-peer-reviewed conference presentations do not qualify as “another publication” but should be declared in the covering letter;

3.1.2 The Manuscript is not under consideration for publication by another Publisher;

3.1.3 The Manuscript does not contain any unlawful statements or content and does not infringe any existing third party copyright, moral right or other intellectual property rights;

3.1.4 The Manuscript does not contain any defamatory material, is not in violation of any rights of privacy or any other rights of third persons, and does not violate any existing common law or statutory copyrights.

3.1.5 The Author(s) possess(es) all rights in the Manuscript necessary to grant the license set out in clause 1;

3.1.6 “Proof of consent” has been obtained for studies of named organisations and people;

3.1.7 All Author(s) has/have received a final version of the Manuscript, have reviewed its content and agree(s) to its publication and the order of the Authors as listed;

3.1.9 The Author(s) has/have disclosed any potential conflict of interest in the research and that any support from a third party has been noted in the Acknowledgements;

3.2 The Author(s) shall hold harmless and indemnify GFN from any third-party claims resulting from the publication of the Manuscript should there be a breach of the above warranty.

3.3 The Author(s) authorise(s) GFN to institute, in co-operation with the Author(s), the necessary steps to prevent third party infringement of the copyright in the Manuscript.

4.2 Subject to Final Acceptance, GFN undertakes to publish the Manuscript to GFN's customary standard at the cost and expense of GFN within a reasonable period after Acceptance.

4.3 Notwithstanding Clause 4.2 above, GFN may charge the Author(s) for redrawing of figures resulting from substandard qualities of submitted figures and for substantial changes at the proof stage.

5.1 This Agreement shall be interpreted and construed according to, and governed by the laws of the Russian Federation, as applicable, excluding any such laws that might direct the application of the laws of another jurisdiction.

6.1 GFN and the editors of the Journal of Frontier Studies accept no responsibility for statements made or opinions expressed in the Journal by authors.

6.2 Neither party shall be liable in damages or have the right to cancel this Agreement for any delay or default in performing hereunder if such delay or default is caused by conditions beyond its control including, but not limited to Acts of God, Government restrictions (including the denial or cancellation of any export or other necessary license), wars, insurrections, strikes, fires, floods, work stoppages, unavailability of materials, carriers or communications facilities, and/or any other cause beyond the reasonable control of the party whose performance is affected.

6.4 If any provision or provisions of this Agreement shall be held to be invalid, illegal, unenforceable or in conflict with the law of any jurisdiction, the validity, legality and enforceability of the remaining provisions shall not in any way be affected or impaired thereby.

6.5 The parties hereto agree to execute, acknowledge, and deliver all such further instruments, and to do all such other acts, as may be necessary or appropriate in order to carry out the intent and purposes of this Agreement.

6.6 Neither party may assign, directly or indirectly, all or part of its rights or obligations under this Agreement without the prior written consent of the other party, which consent shall not be unreasonably withheld or delayed.